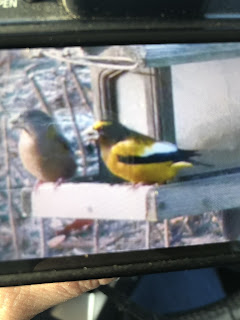 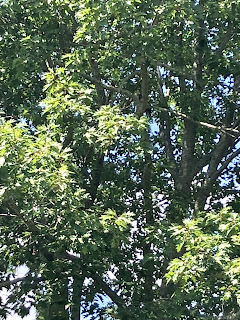 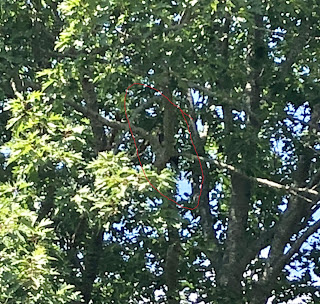 Popham Beach is lovely this time of year, if a little cold. Last Saturday, AB and I took a long hike over Morse Mountain and onto Sea Wall Beach, which is connected to Popham. It was about a 5-mile hike, all told, and my little muscles were tight after that.

Sea Wall and Popham are great places to see an endangered bird, the Piping Plover, in all its cuteness--and to hope to catch a glimpse of their ridiculously precious babies. I didn't see any babies yet (it's probably a little early), but I did see some adults and some other birds, in their fresh breeding outfits, looking to get lucky. 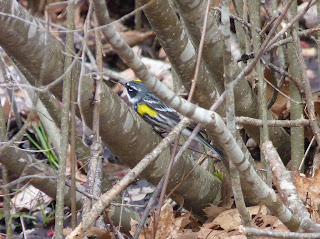 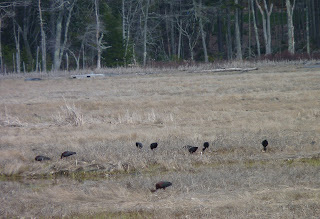 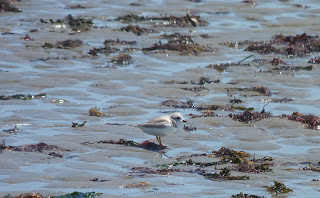 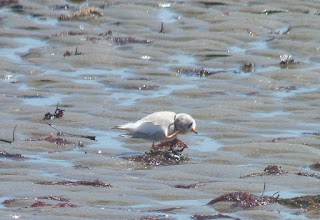 I do so love living so close to the beach. Popham is about 40 minutes away, but the actual coastline is only about 5 minutes down the road. But Popham--or in this case, Sea Wall Beach, is lovely. At low tide, it's an enormous stretch of sand--which is a bit of a rarity up here on the rocky coast of Maine. 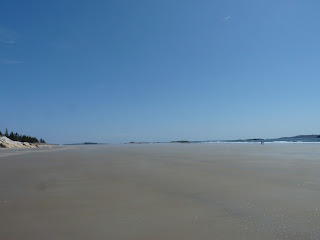 Looking to my left, toward Popham. 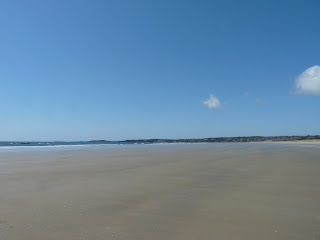 Looking to my right, back toward Brunswick.

This afternoon, I sat out on my deck and watch Pine Warblers, Downy and Hairy Woodpeckers, and Black-capped Chickadees eat suet and seeds from my feeding station. It was a thrill to see the Piney stand on the very metal hook that I forged myself a couple of weeks ago! I wish I'd gotten a photo but I wasn't fast enough and I was too awestruck to care.

You can keep your 95-degree spring days, Texas. I'll take my 57-degree days up here anytime (as long as the sun is shining--otherwise, it's nippy!).
Posted by dguzman at 4:17 PM 4 comments: