Gretchen and I went birding today at a place we hadn't been to in a long time, the Coburn Rail Trail. Long-time readers will remember the rail tunnel hewed into a hill. 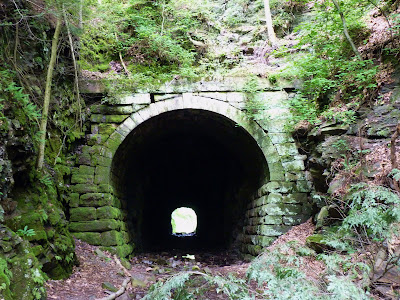 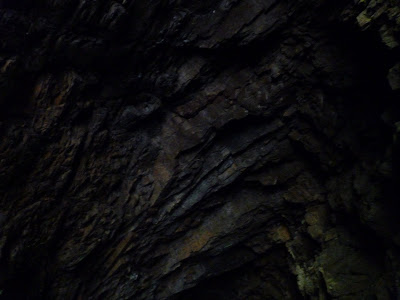 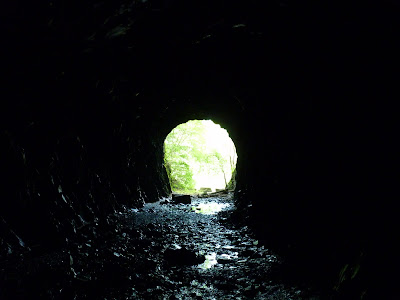 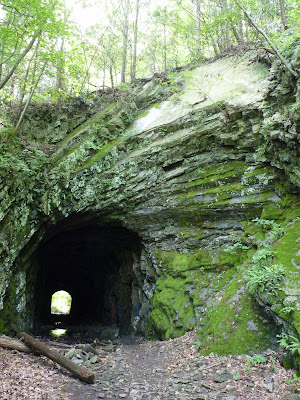 We saw a lot of American Redstarts, including one mother feeding her young: 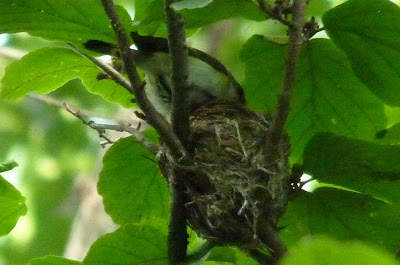 And this singing male: 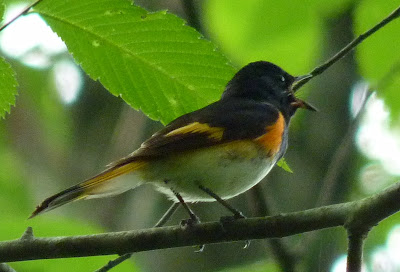 Their calls vary so much from bird to bird that several times we were fooled, wondering what we were hearing, only to find yet another redstart. Oh well!

We saw tons of butterflies, including the red spots on this Red-spotted Purple: 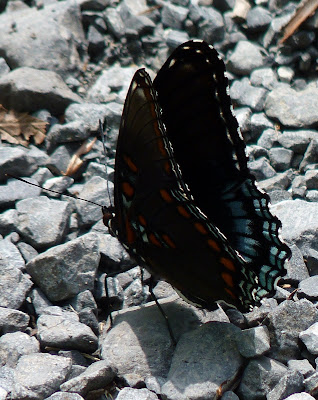 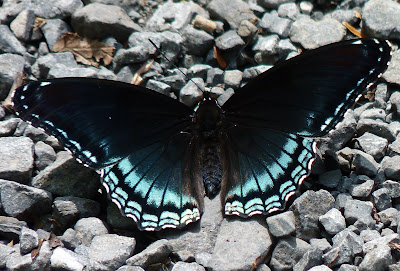 I saw some flowers I didn't recognize until I looked them up later: 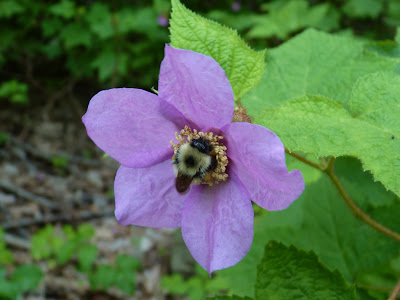 Purple-flowering Raspberry (Rubus odoratus) Apparently this is a very fragrant member of the rose family; sadly, I didn't think to smell it. Hmph. 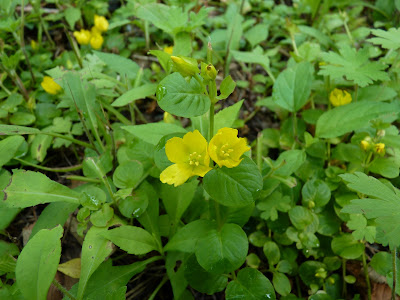 I think this is Creeping Charlie (Lysimachia nummularia).

We also saw some snakes: 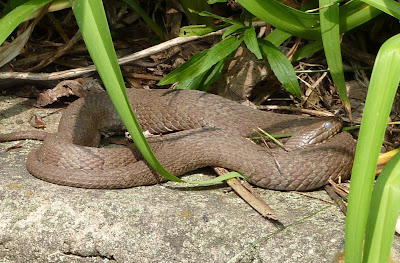 Gretchen said that this guy was about to shed his skin; she could tell because of the blue coating over his eyes. There were more, just sunning themselves:

Tomorrow (or sometime soon): an update on the garden!
Posted by dguzman at 9:36 PM 5 comments: