Birding in the Big Bend, Day 1, en route to the Davis Mountains 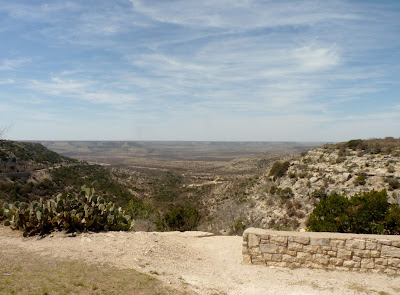 I've just returned from a week and a couple of days in Texas: my annual Texas birding trip! This time, however, I chose not to go to the Rio Grande Valley, but I did stay close to that river. My sister Mary and I spent five days in the Big Bend of Texas! Life-location! 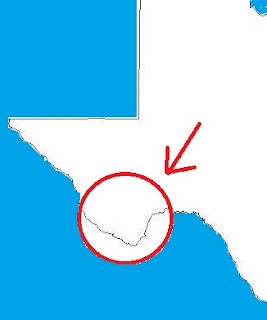 We started out in Davis Mountains State Park near Fort Davis and the McDonald Observatory (where, by the way, the sexy-voiced Sandy Wood of Stardate fame does NOT hang out).

Heading west on I-10 out of San Antonio and away from my sweet mommy and daddy's house, we first hit Lake Balmorhea near Balmorhea and just west-southwest of Fort Stockton, Texas. I'd read that the Clark's Grebe makes regular appearances at the lake, so we hit it and struck lifer gold! 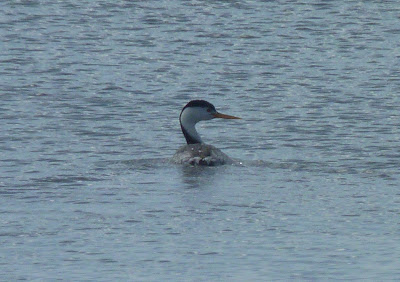 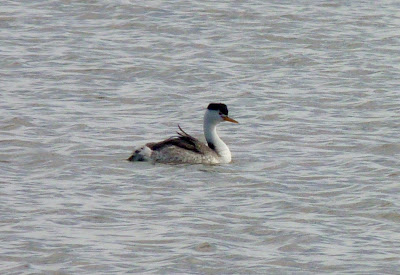 We saw three CLGRs on the lake, along with an Osprey, several generic gulls, and this mystery gull: 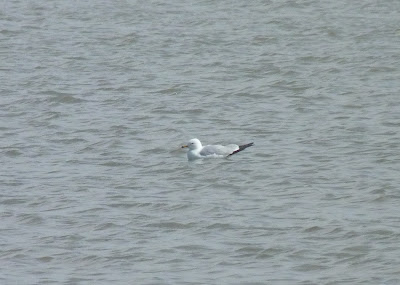 Not a great photo, but note that he has no white on his tail -- no white on his wing feathers folded back. What kind of gull is he? He had a yellow bill with a black tip, like a Ring-billed Gull, but no white on the rear portion. Am I over-thinking it? The only commonly occurring gulls there are the Ring-billed and (less often) the Bonaparte's Gull. Must just be a RBGU.


Also present was this cooperative Pyrrhuloxia: 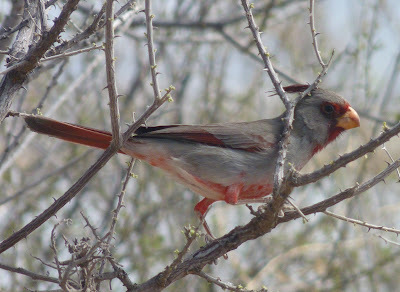 Anyway, on we went to the Indian Lodge in the Davis Mountains, and on the road we saw my second lifer, a Prairie Falcon. Sadly, I did not get a photo, but it was unmistakeable: the accipiter shape, the size (like a giant American Kestrel), the brown barring on the wings, belly, and tail. I wish I'd gotten a photo, but we were driving and by the time we pulled over, he'd flown.

Also seen on the road, on a rock in front of that beautiful view from the top of this post, was this interesting lizard: 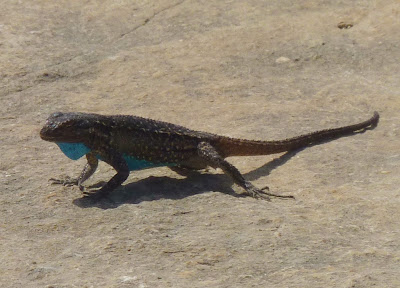 I couldn't find anything online that matched him. Any guesses?

The Indian Lodge was nice, a cool adobe building constructed in the 1940s by the Civilian Conservation Corps: 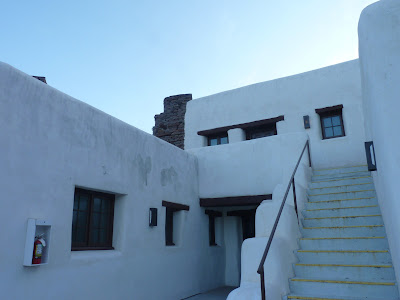 In the parking lot and green (I should've used air quotes on that) areas around the lodge were several Canyon Towhees, another lifer! 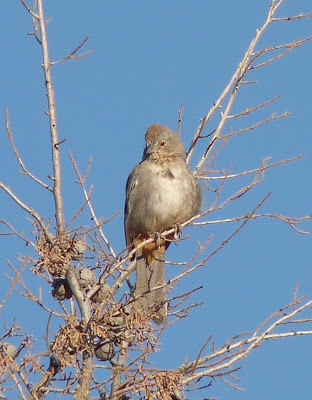 So that made three lifers so far. My goal for the trip was 24, based on repeated sightings of potential lifers at various spots in the park over the previous days. I had a long way to go, but I was happy to be in a place I'd never been.
Posted by dguzman at 9:13 PM 4 comments: