Weekend before last, continued! Gretchen and the girls and I went to Pine Point to see if a juvenile Hudsonian Godwit might still be hanging around. Sure enough: 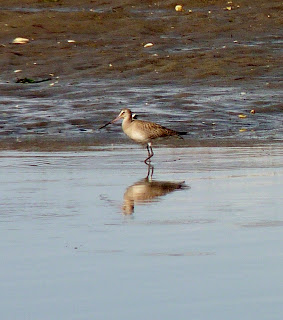 Also present, a Black Skimmer in molt or a bad feather day or something: 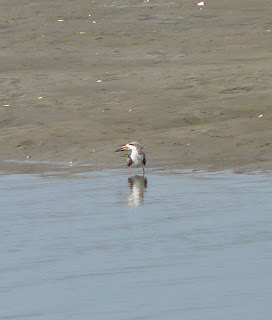 Haven't seen one of these for a long time. Man, I LOVE living near the ocean!

Having hit our targets, we scooted up to Scarborough Marsh to see what might be hanging around: 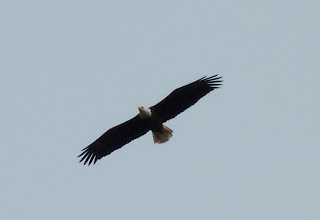 Bald Eagle! Right over our heads.

We followed this guy around for a little while: 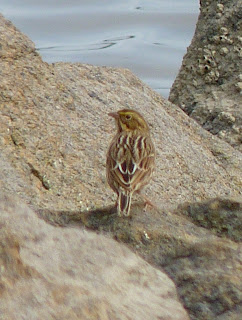 He had so much yellow, not only on his lores but on his whole head and throat and nape. I was trying to make it into some kind of seaside sparrow, but no go -- the color pattern on the back, the stubby tail -- Savannah Sparrow. Dangit!

Not much else happening at Scarborough, so we went to Dyer Point near Two Lights. What a great spot! It was cold and windy and rainy, but it was right on the ocean and we got some great views! 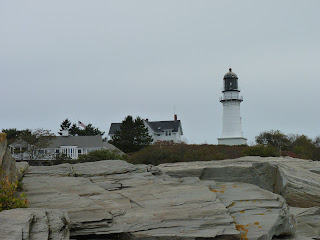 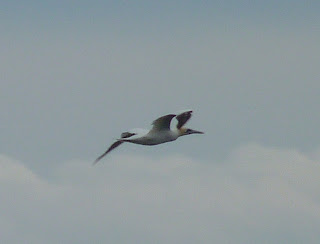 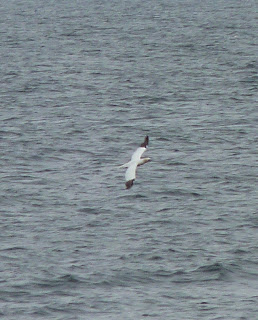 Northern Gannet! There were bunches of them, both close and far out, some of them (way out) doing their cool dives into the water! I had only seen them do that on The Life of Birds; it was so cool.

And a Great Cormorant! The white belly was the sure sign! He was waaaay out on a little point, so this is digiscoped on Baby G's Vortex with my camera: 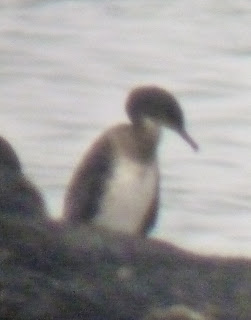 So that was now THREE lifers for the day! 367! I LOVE Maine!

There were so many birds flying by, just offshore; having the scopes, both mine and Gretchen's, made it so great -- we just stood there and watched White-winged and Black Scoters, Northern Gannets, and more, all just flying by. I hadn't seen anything like that since Cape May. Here's a Black Scoter: 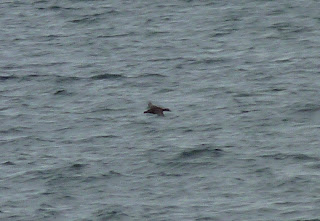 I even had some seafood -- fish -- at the famous Lobster Shack on Dyer Point. Nice!

On the way home, we went through Portland and over the Casco Bay bridge, which lifts for big boats: 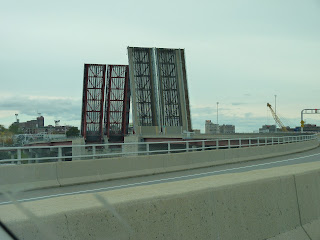 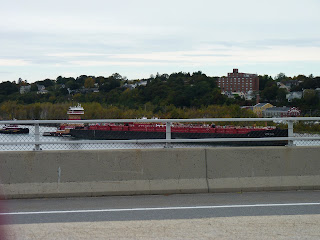 Last week, on my way home from a work trip to Boston, I swung through Kennebunk, looking for a Northern Wheatear. I didn't expect to see him, as it was around 3 or so in the afternoon, but I tried -- and missed. Oh well. I haven't heard any more reports of him.

However, every week or so, I see a report of Evening Grosbeaks in the area. They're elusive; I'll keep you posted. I've got big hopes!
Posted by dguzman at 9:53 PM 3 comments:

Super excitement this weekend as my BFF Gretchen and her gf Laura came to visit us! Somehow, everything now looks even more beautiful and magical around here because we're sharing it with friends. It's been lonely for just AB and me and the kittehs.

Today, we went birding all day! Our first outing was to Reid State Park, about 35 minutes from our house. On the way there, we saw a huge Snapping Turtle: 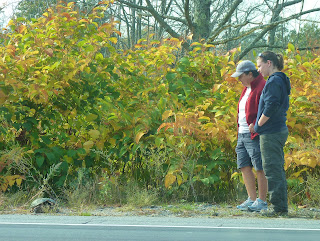 We got to Reid and immediately the good birds came: 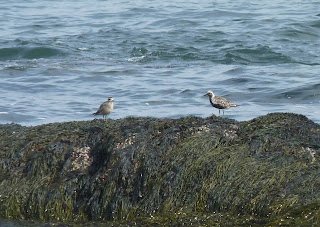 A Common Eider still in breeding plumage, catching a crab: 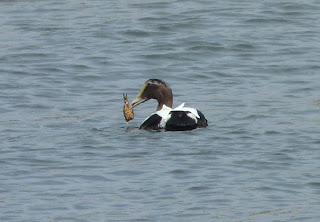 By now, he's ripped the legs off: 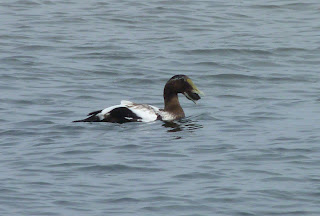 Now we're working on getting it down. Going: 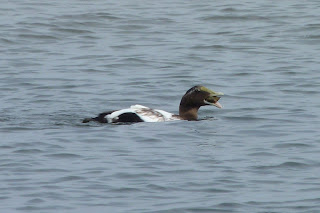 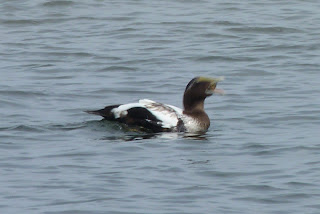 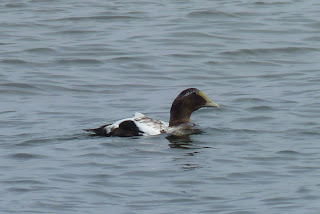 The most exciting bird was a Black Guillemot, which I managed to get a (bad) photo of! 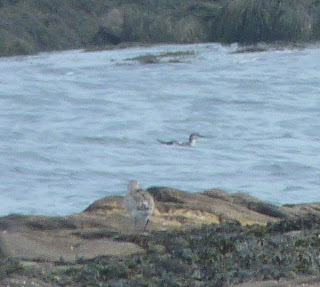 There he is! Lucky photo!

Lots of Savannah Sparrows too: 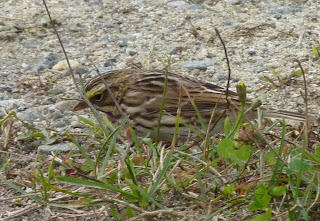 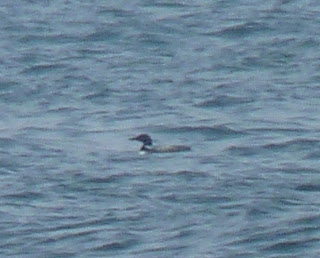 to match my license plate: 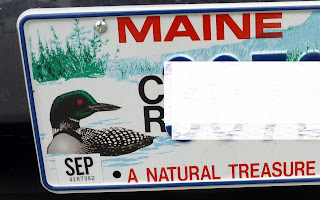 We had a great time, and I got lifebird #364! Gretchen got that one and the Common Eider.

After that we had some seafood (okay, I ate chicken tenders; G ate a hot dog, Laura had a crabcake sandwich, and AB had lobster stew), and then we took the dogs to Wolf's Neck. No photos there, but the tide was higher than we'd ever seen it.

For dinner, we made pizza: 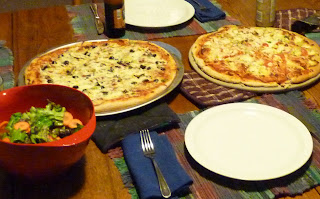 I slapped out the dough (sorta, a remnant of my Domino's days) and topped the left one (pepperoni, onion, green pepper, black olives, mushrooms, and artichoke hearts) and Laura topped the right one (crab meat, artichokes, a light pesto, cherry tomatoes and heirloom tomato slices, olive oil, scallions, crushed fresh garlic, and mushrooms). That's also my salad there. Delicious! AB also made my favorite pumpkin pie using OnePie (it's the BEST)!

It's been a wonderful weekend, and it's not even over!