I've been trying to upload more photos from my Big Bend trip, but blogger is not cooperating.

And of course no sooner do I say that than I am able to upload pics: 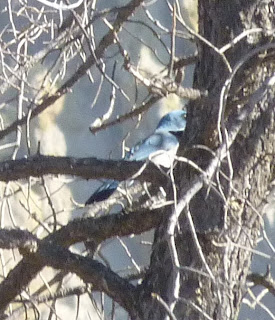 Not a great photo, but my best photo of one of the many Mexican Jays we heard and saw -- lifer! 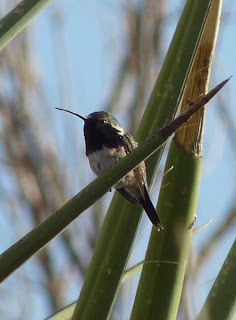 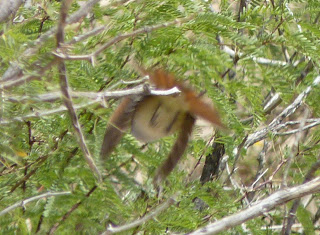 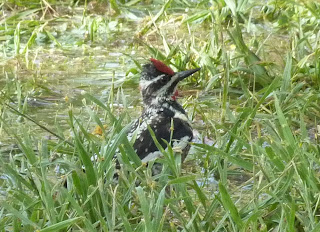 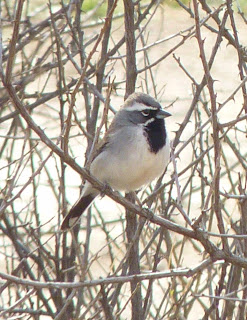 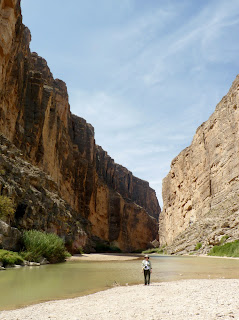 At this point, I'm not going to bore you with stories. Suffice it to say we had a great time, and the weather was fabulous. But I'm just going to tell you the lifers I got -- besides those above, and the ones I shared with you in previous posts. Plus some other cool photos. 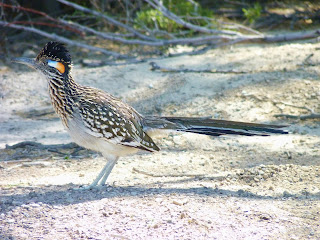 Not a lifer, but my best photo of a Greater Roadrunner, one of my mommy's favorite birds. 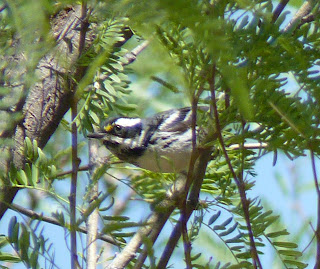 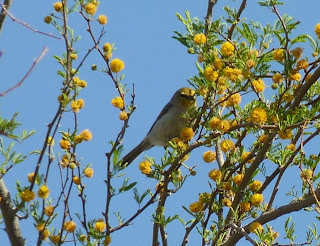 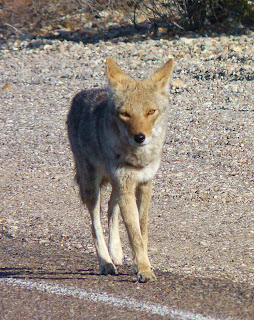 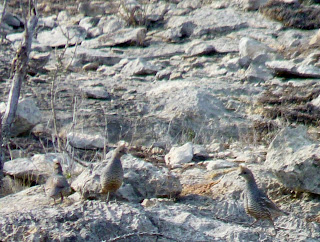 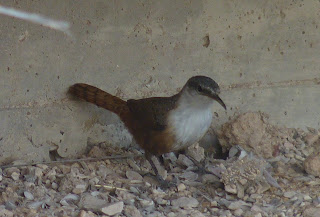 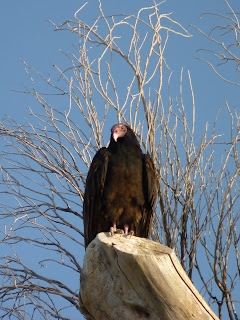 "Hello. Vernon Vulture here. This is a boring post --
all photos, no stories. But then again, the lack of stories
might make it less boring than normal. I am just saying."

One of the disappointing things about the trip was how much the drought has changed things, especially the hotspots pointed out in the ABA guide to the Rio Grande Valley. We would go to a place that was supposed to be a birding hotspot, and it was no longer open or it was just dried up. No water = no birds.

This happened at San Felipe Springs, which has been co-opted by the city of Del Rio for municipal water supply and thus is not even open to the public anymore. This sign and lots of fencing and razor wire told the story. 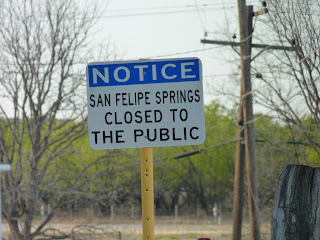 We had also tried stopping near the Lake Amistad reservoir, but there was no water where the book said there used to be: 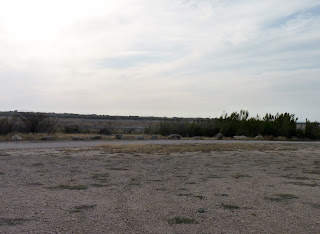 The campground there was abandoned too. The whole place looked like a ghost town. It was pretty sad. I know Jeff Gordon; maybe I should email him and tell him the guide needs to be updated. On the other hand, they are getting some rain down there; maybe the drought is ending and these places will come back to life again, for the birds and for birders.

So those were some of the lifers I saw; I didn't get a photo of the Virginia's Warbler we saw, but that was also a lifer. We also got a look at a Scott's Oriole, Bell's Vireo, Plumbeous Vireo (heard only, but heard repeatedly for hours), a Green-tailed Towhee, a Gray Flycatcher, and a Rufous-crowned Sparrow -- but no pics. Most of those were seen at the Cottonwood Campground, which is a hotspot that is DEFINITELY still hot! It was probably the best place we birded. We did not get to see the Common Black Hawks that nest there (but we saw the nests!), dangit.

So my total for the trip was 23 lifers -- some birds I doubt I'll ever see again unless I go back there. I wish I'd gotten photos of all of these birds, but luckily all of these were confirmed by sight, sight and voice, voice only, and/or by other birders who were present.

I did have several mystery birds for the trip, but I've let those go. My goal of 400 didn't get met on this trip, but my next trip -- a bit of a quickie long weekend -- will be my first time in the Rio Grande Valley during the height of breeding season! I'm taking AB to my 30th high school reunion in Harlingen (Go Cardinals!) the last weekend in June. My total is currently 394, so I'm six birds away from the magical mystical 400.

Between reunion activities, I'm planning to hit South Padre Island (hoping for Gull-billed Tern and Franklin's Gull), one of the inland spots like Estero Llano Grande SP or Bentsen SP (I'm being realistic and not thinking we can do both), and maybe maybe maybe Laguna Atascosa.

Will I try once again for my nemesis, the Aplomado Falcon?