It's been tough to find the time to catch up on posting here, so I'll do my best to get the highlights of what was a magical trip!

Day 2 found us waking up super early... because I woke up, looked at my still-on-eastern-time clock and woke Mary up at like 4 in the morning. Oops! We went for a walk under the stars and then went back to the room for a nap!

Later, we went walking down the road trying to find Montezuma Quail -- when I realized I'd forgotten to put the SD card into my camera. My sweet sister went back to the lodge to get it for me and OF COURSE that is when I heard the sound: I heard the Montezuma Quail! He called two times, and that was it. I only heard him, but it was DEFINITELY him! Lifer #4 sort-of!

By the time Mary got back, no more sounds. Still, we decided to walk the actual Montezuma Quail Trail, hoping to see or hear more. No go. We did, get another lifer for me, however: 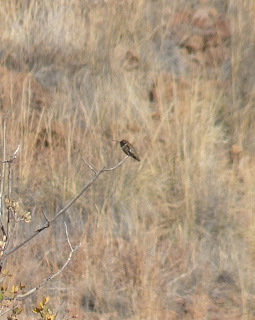 It's a terrible photo, but it was the best one I got of this Black-chinned Hummingbird! I'd never been to Texas late enough to see that many hummers, so it took me this long to get to see this fairly common western hummer. Lifer 5!

The view from the trail: 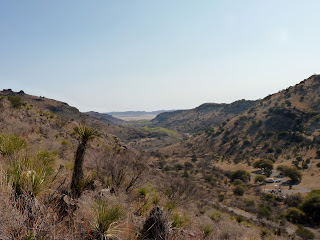 I also got a better picture (for my Lifebird Photos collection) of a Bushtit: 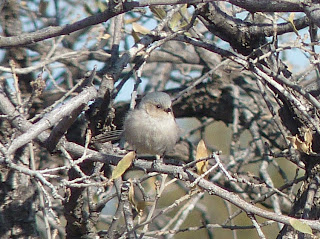 So that was nice.
Still, no MOQU. Oh well. We also saw some nice cactus and agave plants: 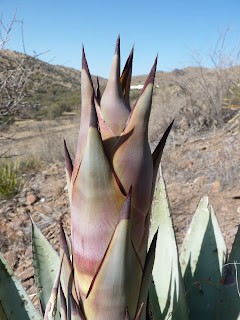 The agave floral stem grows about one FOOT per day! Sadly, we didn't get to see it in full flower. But just think: in a few days, this bud will be about fifteen feet tall, covered with yellow flowers, and buzzing with hummingbirds. And then the whole plant will die. It lives about 25-50 years, sends up its flowering part, and dies. Wow. 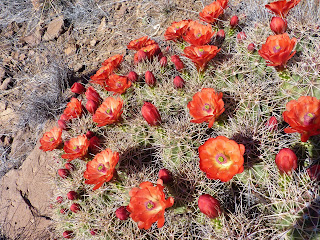 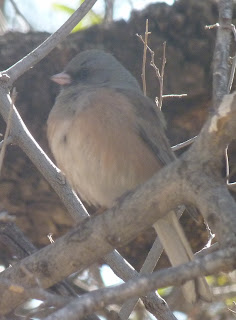 A Common Raven that I kept trying to make into a Chihuahuan Raven for Mary because she's never seen one: 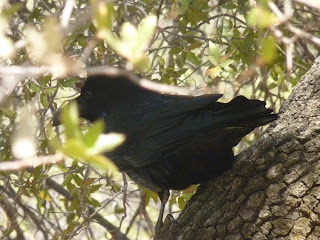 After hiking around for a while, we had lunch and decided to check out the Mount Davis Observatory. Here's the view from Mount Locke, on which the observatory can be found: 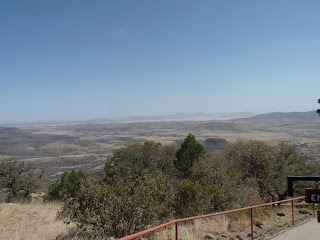 Here's Mary in front of the building that houses the smallest scope: 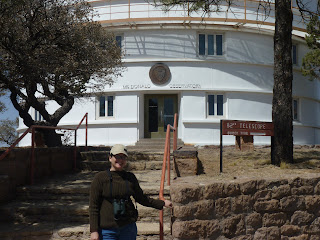 And here's an unfortunate piece of signage: 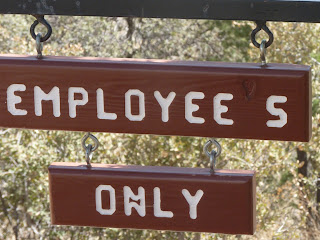 Mary looked at it and said, "That's one very special employee."

Here she is with the big scope behind her: 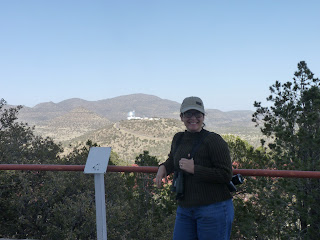 It was cool to be up there, but it was sooooo windy and we were sooooo tired (thanks to my 4 a.m. wake-up call) that we called it a day. 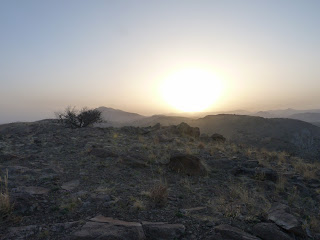 The sunset from Skyline Drive in the park (there was so much dust in the air from the wind that it wasn't much of a sunset).

Day 3 took us from Fort Davis down through Alpine and into Big Bend State Park! Along the way we caught this awesome Golden-crowned Kinglet: 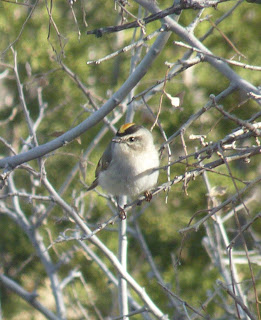 Not a lifer but check out that crown!

And in my quest to secure possible splits to the official AOU bird checklist, here's a Myrtle's Yellow-rumped Warbler: 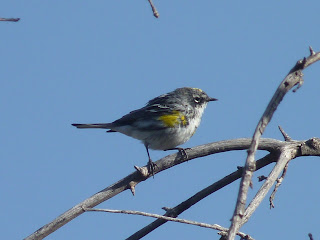 Check out this crazy cactus; it's more thorns than cactus! 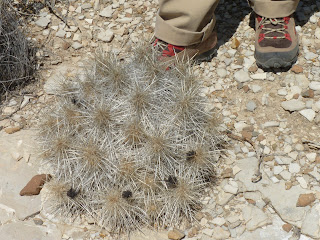 As you enter BBNP, you drive through a Badlands-like area: 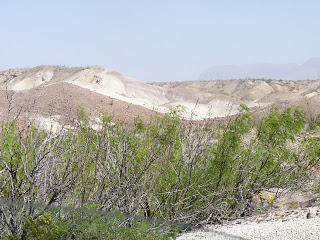 Although the creosote bushes give it away as NOT being in South Dakota.

We got closer to the Chisos Basin and saw the "ghosts" after which the mountains are named: 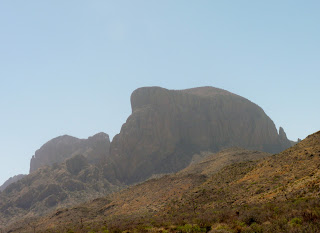 It was a beautiful place, all creosote and ocotillo and cactus, mountain peaks and mesas.

We checked into our room, got our stuff settled, and went out for more birds! As soon as we walked out of our room, we saw this cooperative (and obviously used to people) Cactus Wren: 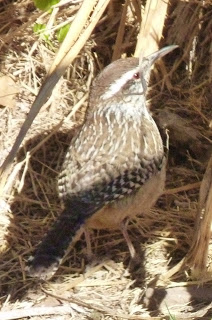 Not a lifer, but I'd never seen one so close up! Creepy red eyes!

Then, not two seconds later, this guy shows up: 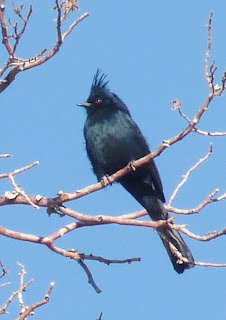 We hiked the Window Trail and got lucky again! 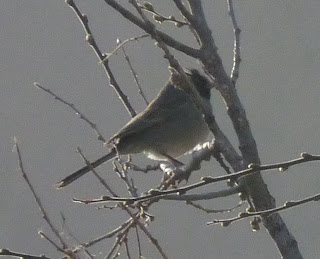 A terrible photo but it's a Black-chinned Sparrow! We got good looks at him.

The whole time on the trail, the giant Casa Grande rock formation loomed overhead and behind us: 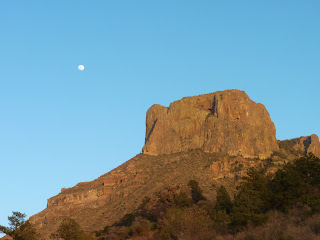 After a long hike with several frustrating mystery sparrows that are probably just Chipping and other common sparrows, we watched the sun set in The Window, this gap between two mountains: 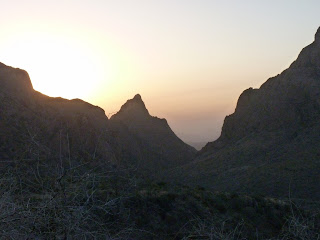 It had been a long day, but I had a date with my first Chicken-fried Steak in about fifteen years so we birded until dark, went to the restaurant, and went to bed!

This was the closest we got to a Mountain Lion: 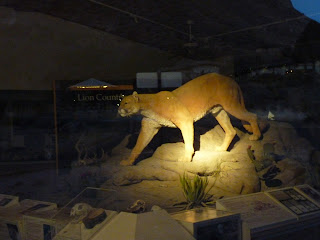