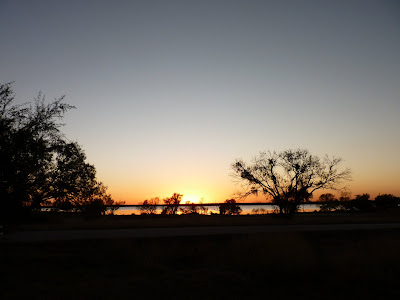 AB and I just got back from five days in San Antonio to visit my family. We managed to sneak away twice for birding purposes, and I have a TON of photos to show you. However, it's 8:37 and I've been up since 3:45 Texas time; you'll just have to wait and see what I have for you.

Hope your holiday was safe and happy!
Posted by dguzman at 8:35 PM 2 comments:

The Chase for the Black-headed Gull: FAIL -- UPDATED!

On Saturday morning, Baby G, local birding heroes Alex and Anna, and I went hunting for a Black-headed Gull that had been seen in Moraine State Park near Pittsburgh. Gretchen picked me up at 5:40 a.m.; we picked up local birding heroes Alex and Anna at 6 (after a coffee run), and we were off. Two and a half hours later, in a steady but light snow (tiny flakes), we got to the park and ... we were unsuccessful.

We looked EVERYWHERE. We found a spot near the swimming beach where others had seen the gull; we saw a bunch of Ring-billed Gulls 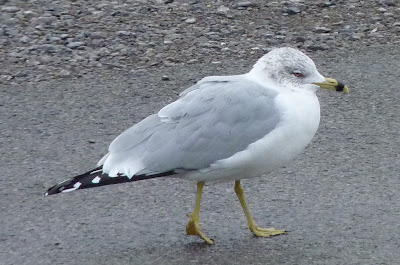 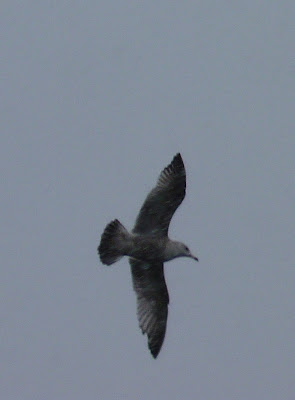 and a couple of Bonaparte's Gulls 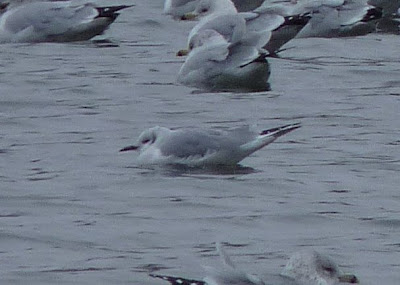 but no Black-headed Gull 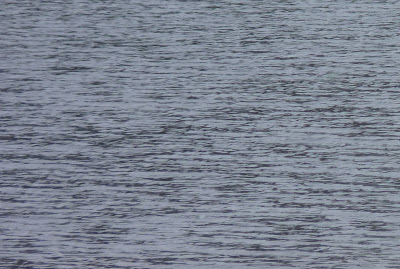 In one exciting moment, however, I did get my first look at a Red-throated Loon! Lifer! He never settled down, though; it's tough to get a good look at a bird when it's flying back and forth about 300 yards out over a lake in a snowstorm. Do you think it counts? Alex pointed out the way he held his head lower with his neck bowed than a Common Loon would hold it, but that was about all I saw distinctive about the bird. Otherwise, I would've been hard-pressed to ID him. I'd much rather see the bird sitting in the water in full breeding plumage. Still -- I saw him! Getting a photo was impossible, though.

Another highlight: Alex lowered his window and it got stuck. Stuck in the open position: 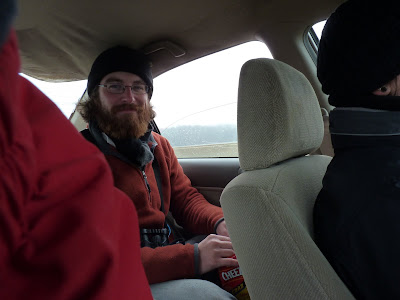 Electronic malfunction. Oops. Good thing he's got that beard to keep him warm!

We also got great looks at a Northern Shrike, only the second time I've seen one: 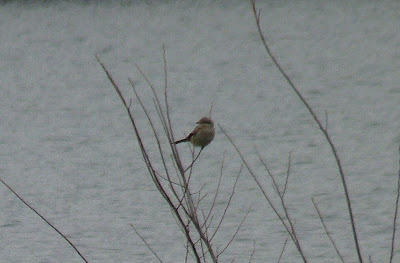 This is a terrible photo (the light was nonexistent), but in Baby G's new scope we could see the light barring on his breast and his beautiful Liz Taylor-as-Cleopatra-like eye stripes. Awesome.

We also saw a juvenile UPDATED - TRUMPETER Swan! A lifer! With photo! 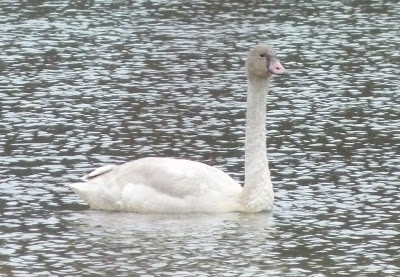 So I had just glanced at the swan and thought "Tundra? Probably." But Alex pointed out that it's a juvie Trumpeter Swan -- note the bill that's black at the base, as opposed to a Tundra's which would be pink at the base. SWEET! 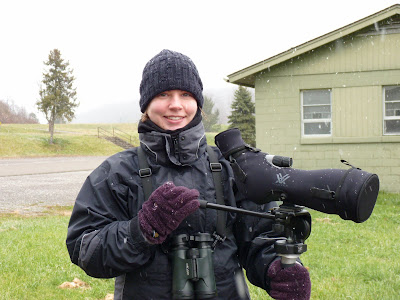 For much better photos of our exploits, see Alex's blog post and photos.

Gretch and I are pretty excited about our upcoming February trip to Texas -- I don't know if I've mentioned it yet here, but needless to say: there will be posts!
Posted by dguzman at 9:47 PM 5 comments: