My bff Gretchen and I went birding last Saturday and, while we didn't see anything too unusual, we did see some nice places and beautiful wildflowers and butterflies.

Our first birds of the trip were some Wild Turkeys: 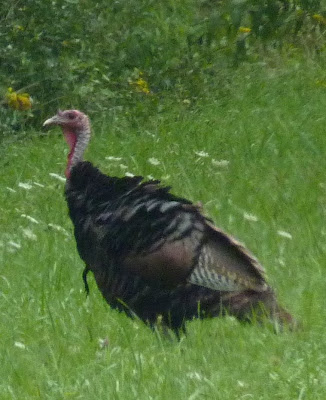 Baby G told me that in the fall, the toms all hang out together and the hens hang out in their own groups, and they don't intermingle again until the mating season starts up. Interesting! There were three beautiful toms in this group, and nary a female in sight.

We started our birding at Bald Eagle State Park, where we saw quite an impressive array of birds at several hotspots along the lake. Highlights were several Osprey, a young Bald Eagle, a Cliff Swallow, a Green Heron that flew right past us at eye level and maybe 20 feet away, a beautiful Black-and-white Warbler, and huge flocks of Cedar Waxwings. Some photos: 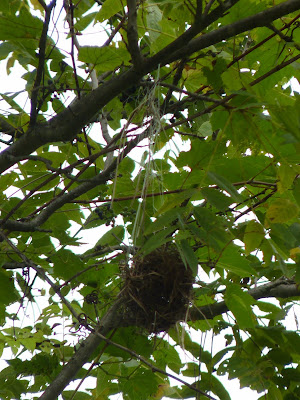 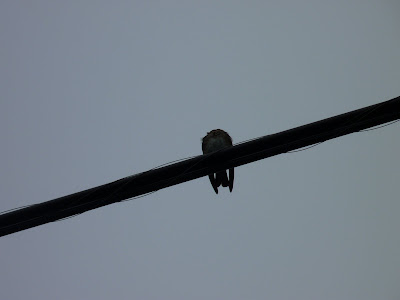 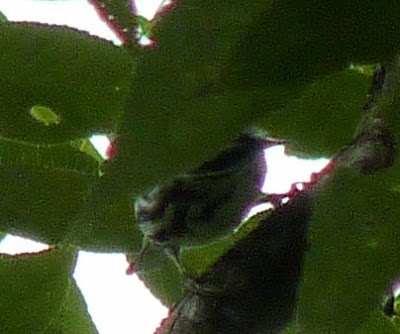 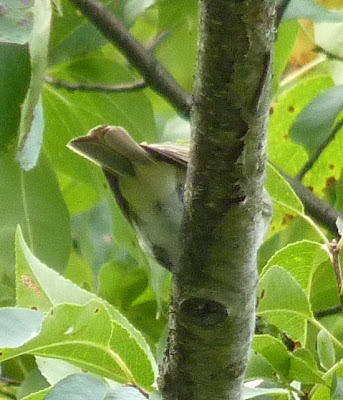 Red-eyed Vireo tocks! Every time I got a great look at him through the bins,
I would lift my camera and he'd hide. Grrrr.


We also went to Julian Wetlands and, a first for me, the new Governor Tom Ridge Wetlands Preserve, named after the former governor of PA. I had no idea he was any kind of environmentalist, but whatever. We saw some great butterflies in both spots, but not a lot of birds: 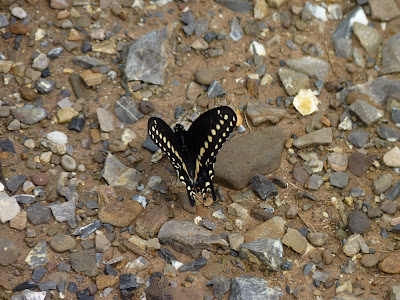 We saw lots of these--is this a male Eastern Black Swallowtail? 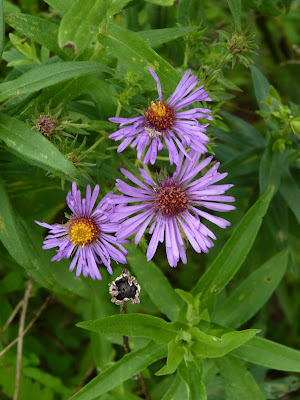 one of my favorite signs of fall, the New England Aster 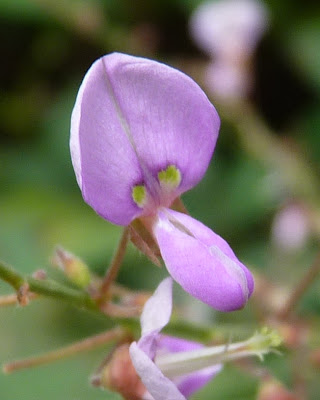 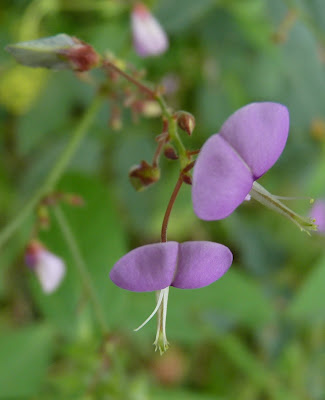 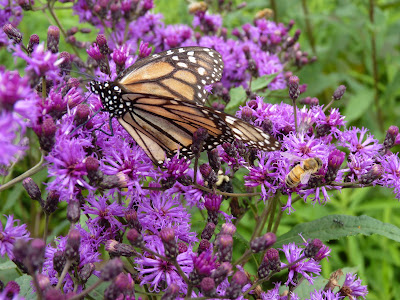 a very worn Monarch on some New York Ironweed 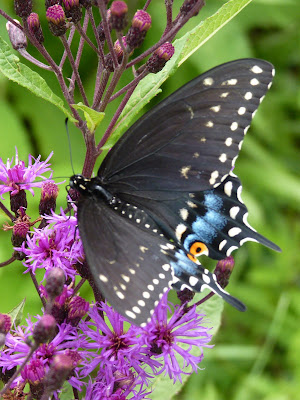 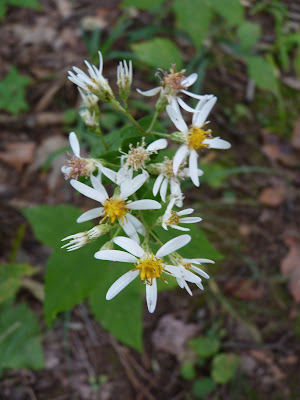 this looks like a White Wood Aster, judging from the width of the leaves,
the sparse petals, and the shaggy center 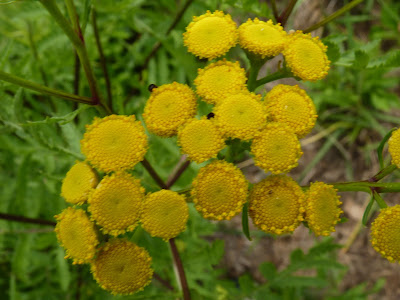 I can't find this flower in any of my books. What the heck is it? There was TONS of it out there. 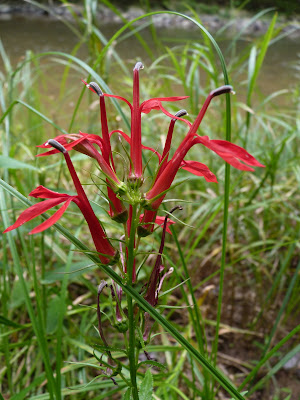 a Cardinal Flower -- what a beauty! 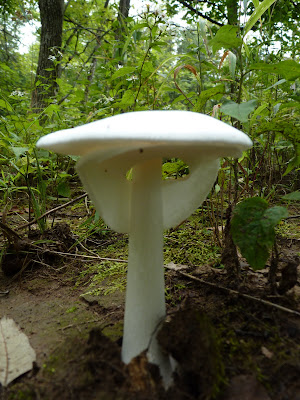 there were tons of mushrooms, which made Gretchen happy
as mycology is her newest interest. That flap under the cap is called a "veil." 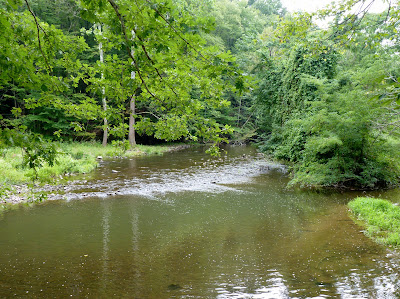 look at this beautiful little spot, tucked into the woods behind the Tom Ridge wetlands 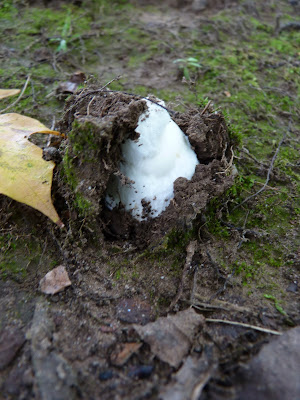 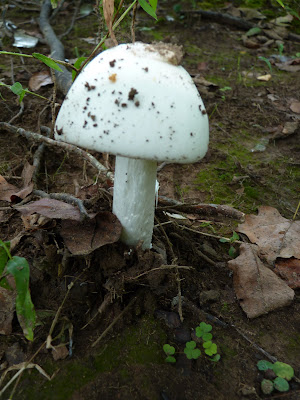 a grown-up version of the same kind of shroom

Gretch told me about the difficulty of mushroom ID; it's not about color or shape or appearance so much as it's the smell (don't they all smell alike?), the color of the spores (you make a "spore-print" by doing something or other--I kinda forgot what--with the cap to make it release spores onto a piece of paper), what kinds of trees the mushroom is growing near, and a bunch of qualities you can only see by tearing the mushroom apart.

We've had quite the display of migrating shorebirds lately, especially at Colyer Lake near State College. On Saturday, we had a big rainstorm and there were literally hundreds of peeps!

Unfortunately, I only had the chance to go and peer through the binocs of others -- I was working and had left my gear at home. Still, I got to see quite a good number of species and in rather large numbers.

At one point, a flock of over 100 shorebirds -- mostly the SBDOs -- wheeled overhead and landed. For this area, that many shorebirds was practically a record-setting fallout. Certainly, the SBDOs and the avocet are considered rarities here, which is why I took the detour from work. It was well worth it; the SBDO was lifebird number 300 for me, and I'd seen an American Avocet only once before, in Texas, and it wasn't in breeding plumage. This one was; one of my birding heroes Joe Verica took a photo:

Notice all the birds! Pretty awesome. Needless to say, I did NOT ID all those peeps. I confess that Joe shared his eBird list with me and I just edited out the birds I knew I didn't see.

Sadly, the rain cleared up that night and by morning, the birds were gone.