Some cool pix from Baby G

My best friend Gretchen takes a lot of pictures with her camera phone and sends them to me. I thought I'd share a few of them with you because they're always pretty great.

Yesterday, a request came over the birding listserv asking for help with an injured Ruddy Turnstone. I gave the guy the name and info for our local wildlife rehabber, for whom Gretchen volunteers. This morning, she sent me this photo of the very Ruddy Turnstone in question! 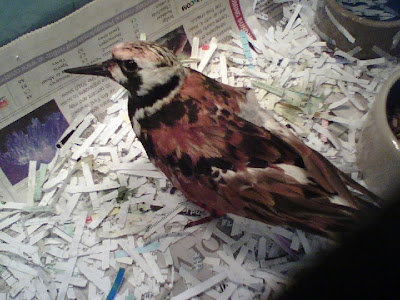 She's helping to take care of him!

Gretchen lives out on some property owned by a local greyhound rescue organization, and she gets to hang out outside for a lot of the day, working with the greyhounds--she works there. She sees some pretty cool stuff out there: 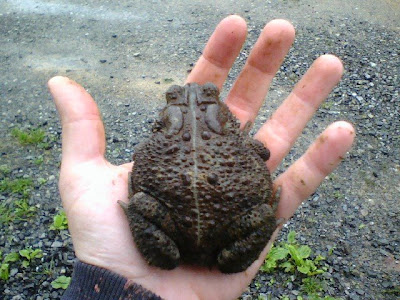 This is "Albert" (her name for him), a toad she found and described as the biggest toad she'd ever seen. Not ten minutes later, I got the following photo with the text "toady tricks:" 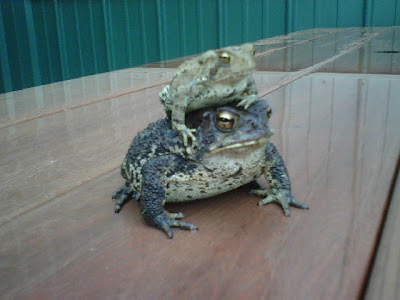 I replied, "That Anthony, always fooling around!" She was pleased with my name for the smaller guy. How she got these guys to pose like this, I have no idea. Maybe she's a toad whisperer.

She's also seen some great birds out there, like this Ruffed Grouse: 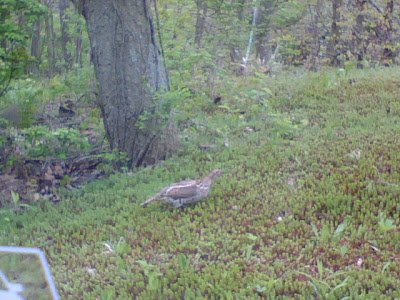 Here's a photo of her mom's HUGE dog Remus, who was too big for Gretchen to kidnap: 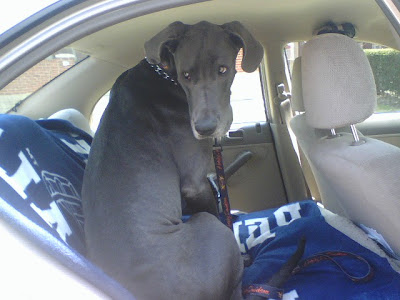 This dog makes Domino, a normal-sized dalmation mix, look like a puppy. It's a BIG dog.

She also sends me funny things she sees, like this, with the text "hee hee:" 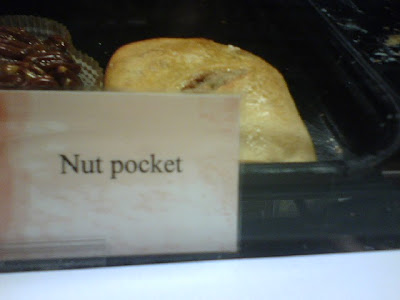 That Gretchen, always fooling around.

Still and always, however, my favorite Baby G photo will be this one of Domino: 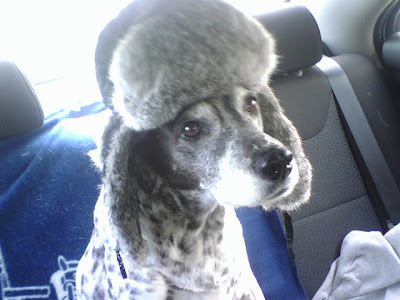 some cool photos indeed!
I like the two frogs..playing leap frog!

That's what they were doing, though I don't know how happy they were about it -- judging from their expressions....

Every nut needs a pocket.