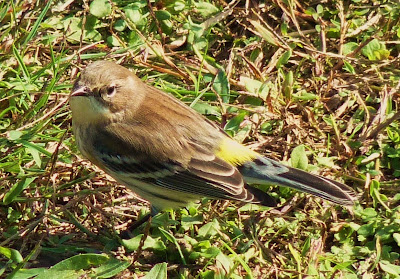 one of about a million Yellow-rumps
UNBELIEVABLE.

That just might cover our first night and morning's birding here in Cape May. I'd need way more words to describe today.

They're having one of the biggest migration fall-outs in ten years, according to the local experts. We've seen at least 5,000 Yellow-rumped Warblers, another probably 10,000 American Robins, probably a 500-count mixed swallow flock (Northern Rough-winged, Tree (!), and a couple of Cave! LIFER!), and more. It's truly been a day unlike any other for me. 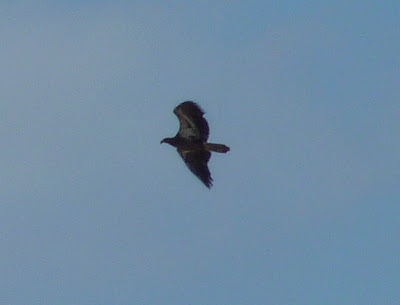 I think this is a juvenile Bald Eagle, but Susan was hoping it might be the Golden Eagle that was banded later (after we saw him) this afternoon.

We saw a couple of Northern Rough-wings: 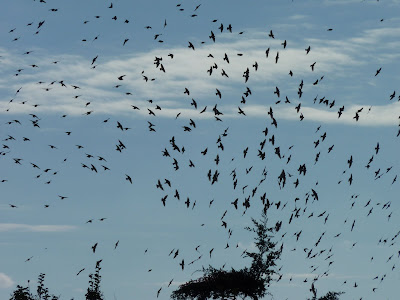 We birded with Bill Thompson III this morning at the Beanery: 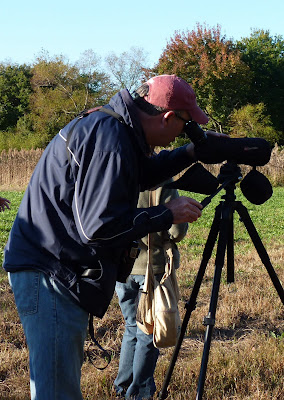 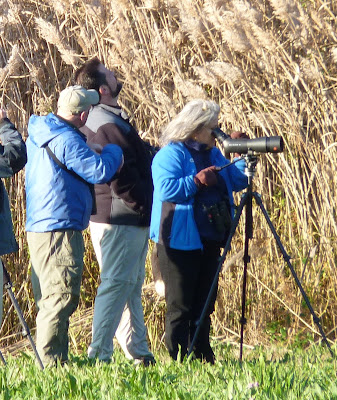 This must be an amazing day to be in Cape May!

For gosh sakes, calm down. Those are just birds doing what birds do!

Oh, was I supposed to holler "Lifer" when I saw you?

There. Great to have met you! Sorry to have missed catching up with you all Sat. night. It was quite late by the time I was able to kidnap BOTB and JB; we tried! (The boys had to change into something more comfortable, then BOTB drove the get away car and JB got us to the secret hideout, but no one was there. :o( )

By the by: Imm. golds have white wing patches (and tail band), balds have blotches all over...

John, we missed you!

The Bunns--no, every bird has already seen me.

Cape May Wren--I never made it to the bar on Saturday; we were too pooped! Laura and Susan were there for a little while then came back to the hotel. But I'm so glad to have met you! See you soon, I hope!